Honda has released its Honda ADV 160 in Indonesia after testing the scooter over the last couple of weeks. The new scooter can replace Honda ADV 150 that existed before.

Now the new Honda ADV 160 isn’t visually different from the ADV 150 at first glance. However, it does get minor changes to the body panels that are slightly angular, along with a bigger windscreen and a larger under-seat space. It continues with the split-headlamps with LED lighting and LED DRLs. 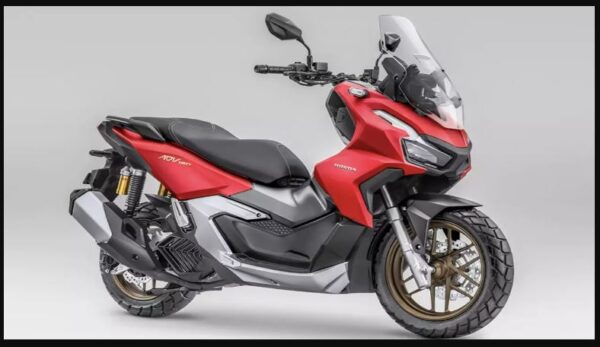 However, it comes with a more powerful motor in comparison with that of the ADV 150. ADV 160 is powered by the same 156cc liquid-cooled engine that produces 16bhp and 14.7Nm, which makes the model 1.4bhp in addition to 0.9Nm greater than its predecessor.

Honda is saying 73 mph top speed for the Honda  ADV150, which is the same as the Honda PCX.

In terms of specifications in terms of features, in terms of features, the Honda ADV 160 is well equipped with a full-digital instruments system, dual-channel ABS as well as a Traction control system, in addition. It also comes with a massive 30-litre under-seat storage unit and a low 785mm seat height that makes it accessible.

Incredibly, Honda has recently filed patents for the design of an ADV 150 in India. But, there’s been no indication of the scooter’s launch in India anytime soon.